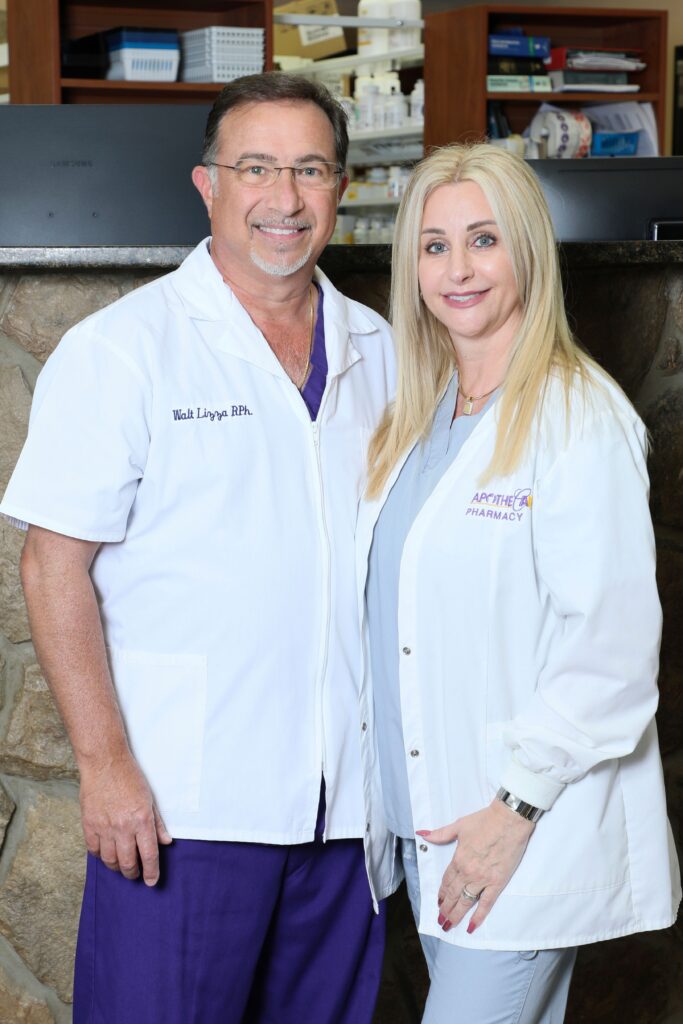 Walt is the co-owner and president of Apothecare Pharmacy.

He is a member of the Pennsylvania Pharmacists Association, National Community Pharmacists Association, Duquesne University School of Pharmacy Alumni Association and a member of the Value Drug Regional Advisory Committee. Walt was recently named as a consultant to the Opioid Painkiller Pilot Investigation (OPPI) project at the University of Pittsburgh. Since 2013, he has served on the Fayette County Drug & Alcohol Commission, where he speaks to community and civic organizations about drug abuse.

He is a graduate of the Duquesne University School of Pharmacy where he is a member of the Dean’s Society.

Walt was born in Naples, Italy and was raised in Uniontown. He and his wife Amy reside in Uniontown with their two sons, Dante and Cameron.